Top Posts
Are there curses that last for generations?
HOW I GOT OUT OF DEPRESSION
Why expectations are not helpful
Is the Christian faith a religion?
Learning to be mindful
How should I deal with failure?
Recognize the signs of the times
Personal thoughts on corona crisis
What makes a good leader?
How you deal with it when your partner...
Relationship

How you deal with it when your partner hurts you! 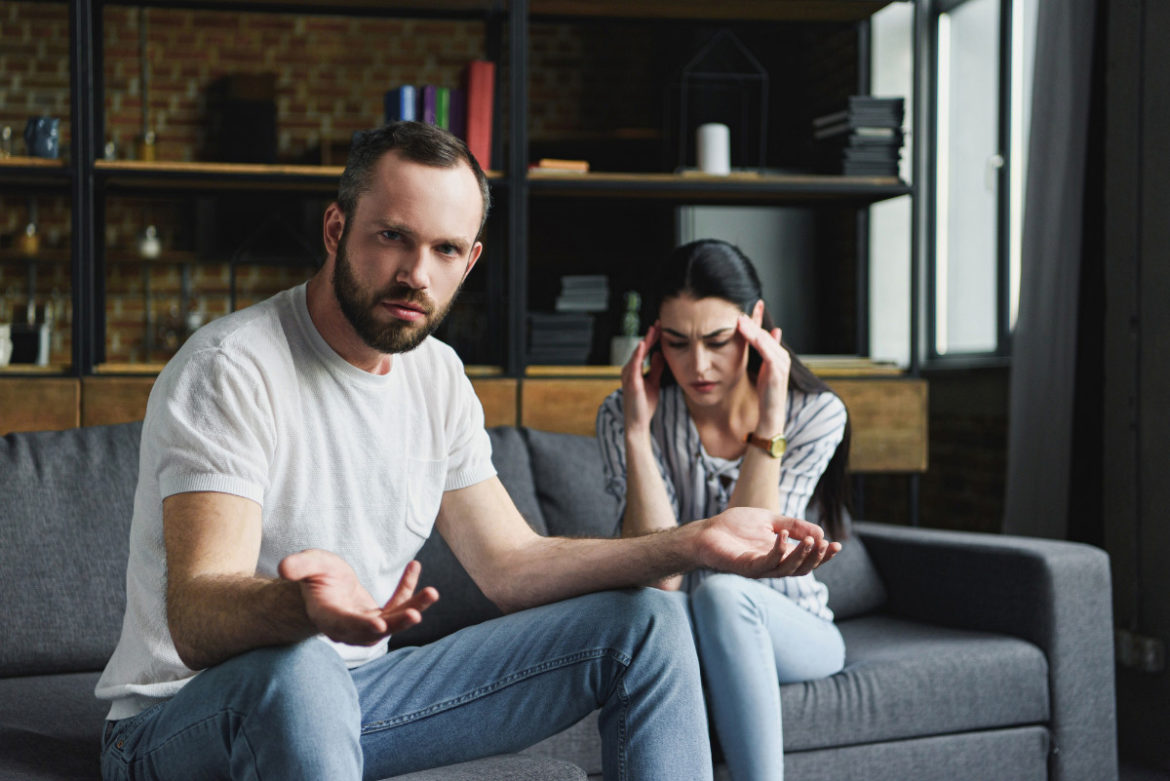 Some time ago, a young fellow told me that his significant other hurt him deeply, and he also told me that this was not uncommon within his relationship. He explained that she ignored all his values, knowing that it ultimately hurt his feelings each and every time she did it. In his anger and disappointment, he asked me, “what should I do?”

So, I asked him if I could ask a few questions. He replied, “Go ahead.”

1. Are you polite and courteous towards your partner?

He found it difficult to answer the question. When something did not go right, he lost his temper quickly. He became easily irritated and spoke with her in a degrading tone. In heated conflicts, he forgot his morals and character; therefore, he would often yell and curse at her. Only in the effects to defend his rights and his actions.

But whoever treats their partner like this, his/ her relationship will suffer the consequences from it. When one degrades his/ her partner, it draws the offender into isolation. The results will be life altering.

Inside relationships, there is something like a storage room for toxic poison. People use that toxins to defend their rights, themselves, or manipulate to take advantage of the situation.

Among those toxic poisons are yelling or constant complaining, instead of talking about their feelings and desires openly.

People who are loud, show that they don’t have their emotions under control. Also, they show little respect towards their partner. One seems to be temporarily unhappy and soon thereafter, emotions return to normal and all is soon forgotten. Usually people expect everything, and forgive themselves almost on anything; however, for others, there is little to no tolerance and it is so much more difficult to forgive them; thus, giving the enemy a foothold to create and maintain havoc.

A respectful and appreciative approach would be much wiser for both parties, this counts especially in times of conflict. When the partner knows that despite the situation, they will receive respect and honor, they will also acknowledge it, and through that trust and affection will grow.

But it is not about what is said, much more it is about being sincere and truthful in all your actions, which bring forth the high esteem of the partner.

The bible gives an answer to these vital matters, and although many people know these answers, too often they are not present inside the relationship.

So whatever you wish that others would do to you, do also to them, (Matthew 7:12)

2. Do you criticize your partner or argue with them in public?

“Well, if she draws a wrong picture about the situation, then I would like to correct it.”

Criticism is one of the most abused poisons that we find inside the toxic storage room. Frequently couples argue about each other, they remind each other of their weaknesses and deficits.

It would be wiser to discuss exactly what is not working out right, and why it would be worthwhile to work things out properly. Couples should stop talking about character flaws and weaknesses but give each other more praise and appreciation. Even, in times of anger there is no reason to grab anything out of the toxic storage room and use it against each other. Even anger can turn into toxic if it is not controlled after a while. Negative feelings hurt you more badly than bring your partner back on the right track. It is better to be transparent with your own feelings and to find out your own real motives. Be honest with yourself!

What happened and what is said can’t be undone, but everyone still has an influence on the outcome and results. My recommendation to everyone is: get rid of this toxic blaming culture and to create a culture that blesses everyone, just like the bible talks about it:

Criticizing your partner in public only adds poison to the relationship. That is the way to inflict more hurt to your significant other, since you openly embarrass them and tear down his/ her esteem.  No one will approve of such arrogance and degrade towards your partner. It would embarrass everyone. Therefore, it is better to search a private conversation between four eyes to clarify what is going on than to have a room full of eyes witnessing a catastrophe.

3. Do you respect and admire your partner?

The young man couldn’t even give me an answer to my third question. “Well, it is not possible to think always positive about your partner. In so many areas of life she is still so immature.”

Jesus said to the Pharisees at one point,

What you really believe about the other person will be visible soon or later.

Even when you don’t speak things out loud, your true thoughts will surface sooner or later.

“For it is impossible to not communicate”. (Paul Watzlawick)

I told him that if he really would admire and respect his woman, she could feel that and physically see it also.

She would probably be less offensive if she receives respect and admiration instead of disrespect and constant condemnation.

She will return exactly what you are giving if you keep giving her the feeling of immaturity.

It is really about time to discover the beauty in your partner again. You can achieve this by remembering daily all the good things about your partner and be grateful for it.

It is not helpful to think highly of yourself and to look down on the other person or to belittle them. This is another poison taken out from the toxic closet. Every single person has his own deficits. To make fun of them, or to beat down on them only will hurt the soul of your significant partner. My advice is to step back a little and let your partner shine bright in their own glory. This will give yourself more confidence and will make the relationship stronger.

“What rules? When we fight, we argue till we solve the problem.”

There are rules when you fight, if you don’t follow them, you will only be caught in a devil’s circle and generate negative results. It is more difficult to come out of this devil’s circle than you would think. The Psychologist John Gottman has studied arguing couples. After observing only 5 min, and a few significant signs in his lab, he could foretell a divorce by a 91% chance rate. He does not even need to see the couple argue in particular, but if the couple argues his rating is even higher. In his opinion couples that are sarcastic, or use any of the poisons like, critic, disrespect, defenses, or shot down are mostly in danger of their relationship.

Given all that, I find it useful to follow rules in every fight:

Your partner is the most important person in your life. Enjoy the time with them and don’t let your relationship be destroyed by conflicts and arguments.

4 behavioural patterns that will cause your relationship...