Top Posts
Are there curses that last for generations?
HOW I GOT OUT OF DEPRESSION
Why expectations are not helpful
Is the Christian faith a religion?
Learning to be mindful
How should I deal with failure?
Recognize the signs of the times
Personal thoughts on corona crisis
What makes a good leader?
How you deal with it when your partner...
PersonalTheology 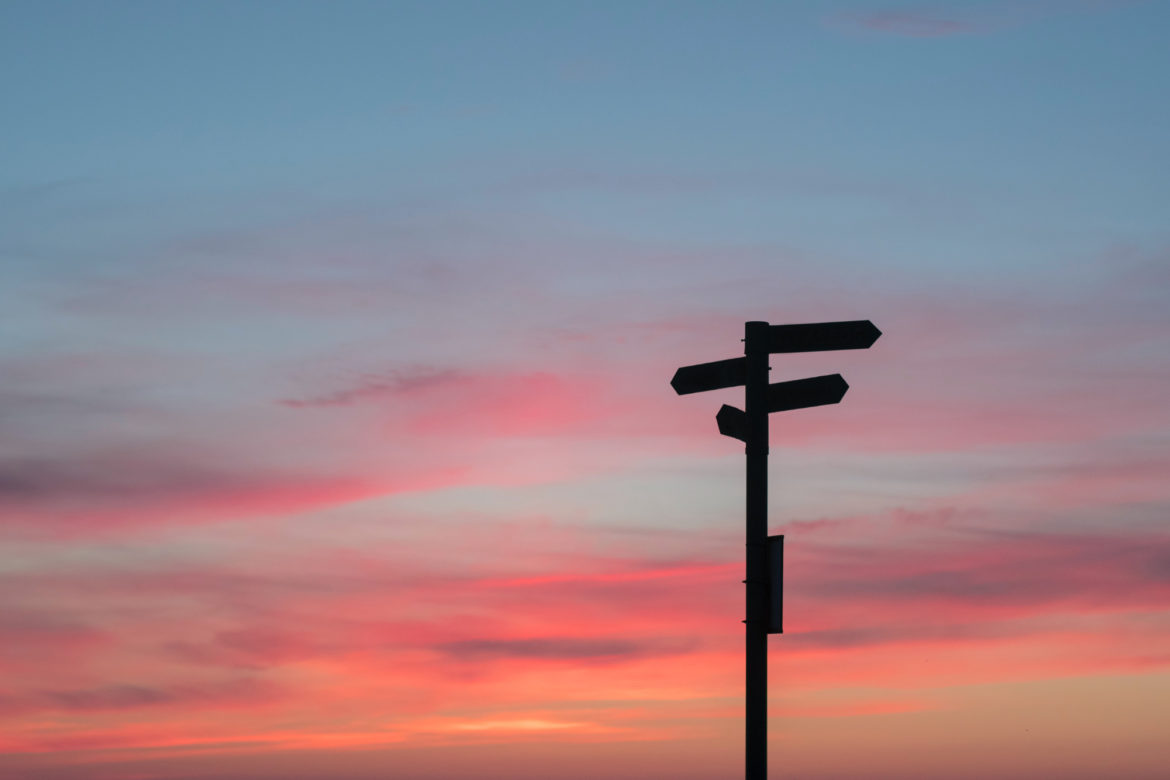 It seems so familiar to me. Depending on the social and political situation, this question is discussed more or less intensively: when will Jesus Christ come again and how will it be? For this reason, I am not entirely unfamiliar with the currently flaming discussion on the subject.

The current COVID-19 situation has brought drastic incursions in our everyday life – changes that some of us are probably experiencing for the first time. Many certainties are shaken under these circumstances and the idea that we have a lot of things under control is undermined. And as if that were not enough, in the middle of this crisis we get more pictures and news of unrest, famines, acts of war, organized child abuse and other bad news.

Whichever way one interprets and evaluates the current situation – one thing is clear: the return of Jesus is coming closer. And so, it is not surprising that many are asking the same question as Jesus’ disciples back then:

“Just tell us: when will this happen, and what sign will announce your return and the end of the world?” Mt 24:3b

Is the exact time really known to someone?

Yes, it is. Our heavenly Father knows the time because it is He who has fixed it. In particular during the current crisis, people consult an increasing number of experts. Experts who think of themselves, that they know exactly what is going to happen and what awaits us next until finally Jesus comes again. In this way, new theories arise about the time of Christ’s return and the associated appearance of the Antichrist.

As a result, people are searched for and seemingly found who could fit this role and thus serve our ideas. It is not a surprise. Because since Ascension Day there have been people who think they know the exact date of Jesus’ return and have interpreted the world events at that time accordingly. Many of these interpretations have by now resolved themselves. So, I like to use the saying: “What was new yesterday is old today.” Jesus’ answer to the question about the time of his return was unmistakable:

“But when that day and hour will be, nobody knows, not even the angels in heaven, not even the son; only the father knows. ” Mt 24:36

So, when I am asked again and again: “Johannes, when is Jesus coming?”, it is good that I do not have to answer.

“But of times and hours, brothers and sisters, it is not necessary to write to you; because you yourself know that the day of the Lord comes like a thief in the night. ” 1Thess 5:1-2

I find this statement by Paul absolutely remarkable. He does not participate in speculation about the exact time of Jesus’ return, but takes a completely different, rather encouraging, and comforting direction (1 Thess. 4:18 and 5:11). This way of dealing with the time of Jesus’ return impresses me and I enjoy the extra time I gain through it. However, some contemporaries did not enjoy their time because they invested too much to find out the exact time of Jesus Christ’s return.

There is no doubt that we are currently living in “end-times”. However, this has been the case since Jesus died on the cross and then rose again. The apostles already lived in a permanent expectation of the return of Christ and were convinced that they lived in the end times.

So will the return be unpredictable and surprising for all people living on Earth at the time? For one or the other, yes. Jesus said that it would be like “in the days of Noah” (Lk 17:26). But what was it like in Noah’s day? The Bible says that people lived carefree and did their usual thing. They have forgotten that they are only “passing through” and thereby ignored this part of their lifes – though we have no permanent home here (Heb 13:14). They focused entirely on life on earth, although the earth and everything on it will pass (Mt 24:35). For such people, the return of Jesus can come as a surprise.

Of course, catastrophes are an indication of the approaching end because Jesus himself addresses this in Mt 24, for example. Unfortunately, we will not be spared difficult times. Nevertheless, I personally ask myself whether we are actually experiencing more wars and disasters than during other times in human history? Some historians say yes. In my observation, current events in the media world are more present than before and are therefore becoming more of a focus. In this way, it at least “feels” like their numbers are increasing.

What do I do with this now?

The description of the end times in the Bible does not look very promising. But in all the apocalyptic scenarios, the victory of Jesus Christ is certain in the end. There are different interpretations of who will be affected and to what extent. But even if we are not spared all of this, we find our hope in the certainty that we will be with Jesus – together with many others who we lead to Jesus and thus to salvation.

Hope is always greater than all fear of what is to come. It is okay to be afraid of it. Fears keep you awake and make us sensible. Sören Kierkegaard once mentioned appropriately that fear made us wise in hope. I agree with Kierkegaard; I do not mean crippling fear, but a kind of caution. This will always remain “the flip side of hope” (Jürgen Moltmann).

It can hardly be denied that we could experience pain from the end times and that it would make us angry. Our feelings are there and cannot really be avoided. They are not dramatic. The question is: how should I deal with them? Where do I direct my anger? In this regard, Paul suggests that anger should not be allowed to run free: “If you are angry, do not sin” (Eph 4:26). At the same time, it should not mean that I should swallow everything. Instead, I go to the Lord, where he takes the burden off me and gives peace. In this way anger can turn into clarity and I can act proactively.

What about the church of Jesus?

Will the church exist during this time or is it over with her? History shows us that the church of Jesus Christ has been carried through all shocks and obstacles. Her light could not be extinguished. For Jesus says: “I will build my church and the gates of hell will not overwhelm it” (Mt 16:18).

And what about us?

Until then, I recommend that we all keep a watchful eye – not for vaccine, misfortune, any world domination, or the next catastrophe – but for our Lord Jesus Christ.

Are there curses that last for generations?

Is the Christian faith a religion?

Statement on the Discussion about “Same-Sex Marriage“

Where and how does the Holy Spirit blow?